All
A Madman's Dream is the sixteenth mod by John Bucksnort. It was released on December 9, 2000.

In the News listing it was listed as being the sequel to Beyond Tobruk.

It uses a new EXE based on registered Wolfenstein and many changed graphics and sounds. 10 levels are featured, a few of which are strongly rooted in other maps, both vanilla and external. They generally offer the usual tight combat with significant presence of mutants. 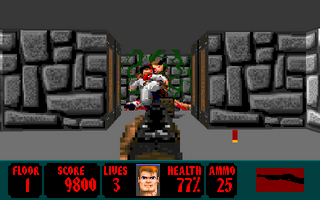 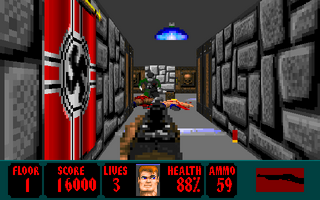 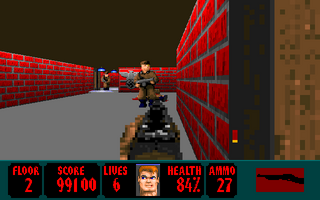 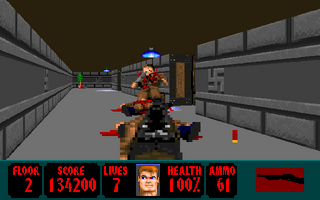