Abandon 2: Purgatory! is a mod for registered Wolfenstein, made by Possum Trot. It was released on March 23, 2005 and was based on Gary Ragland's Countdown to Disaster. It was Possum's fourth mod in less than four months.

Loosely based on ideas from the original Abandon, many of the maps came from a project that eventually got released as Secrets of Offenbach. This particular project was initially conceived as Giftkrieg and then Projekt: Amerika, but neither bore any fruit. Two coders signed up to do the coding; first Flamer46, an Italian coder who guested the scene briefly in 2004 and 2005, and Blade Nightflame, a Slovak, who also left the scene shortly after. In the end, Havoc signed up to do the job, this being the first in a long string of collaborations with Possum.

For a brief period in February 2005, Possum himself experimented with coding, and did manage to get an EXE file up and running. It featured odd score points and unorthodox ceiling colors. One level was made for this project, intended to exist outside Secrets of Offenbach. This was made in the wake of Project Wolfgeist, along with another project that fell by the wayside, entitled Uber Deutschland.

As Secrets of Offenbach ran into numerous issues come Mid-February 2005, it would not be until late April 2005 that work would resume on the project.

By March 2005, Possum had a bunch of levels he wanted to showcase as proof that he had indeed progressed from 2004's Abandon and the then-recent disaster that was Project Wolfgeist. These were put together in random order, with a sprinkling of brand new levels that had no affiliation with Secrets of Offenbach. Some of these were made using Operation: Panzerschiff as a base, for a proposed map set for that particular mod.

11 of the 15 levels for Abandon 2: Purgatory were originally constructed as part of what would become Secrets of Offenbach and would later feature in the eventual release of that mod.

The duration of the project was less than two weeks. A brief attempt at a map set for Spear of Destiny, entitled Tod, was abandoned, though its only finished level ended up in the running for Secrets of Offenbach.

Quickly tiring of the map making process, Possum decided to slot in an old favorite, Project Totengraeber's level 13. A brief boss level was made, featuring an edited Barnacle Wilhelm boss actor. Still, the level name "Fatface" remained from Countdown to Disaster, which was based on original Wolfenstein 3D's Episode 6.

With the revamp of Secrets of Offenbach in May 2005, the bulk of maps appearing in Abandon 2: Purgatory! were featured in their original framework, and the mod quickly lost its appeal, whichever little it may have had.

Though being ported to SDL in 2013 (via Countdown to Disaster) Thomas was initially reluctant to do so, due to utilizing both B.J. Rowan and Gary Ragland's work without permission upon release in 2005, in addition to the reliance on maps originally from Secrets of Offenbach. 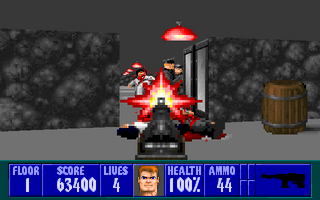 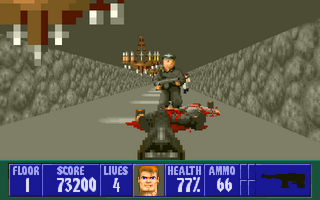 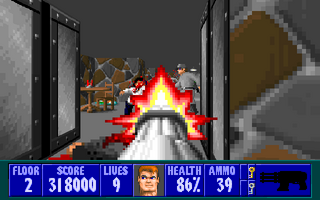 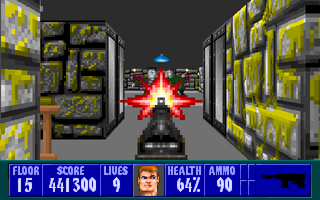 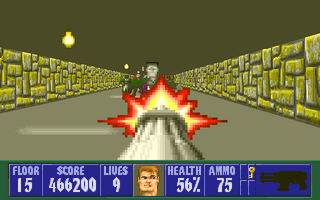 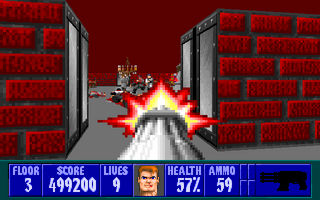 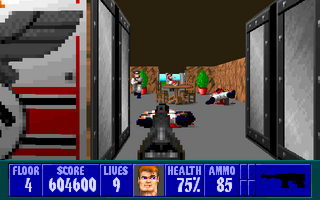 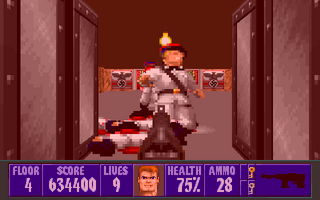 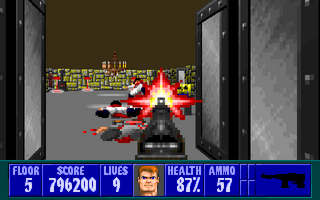 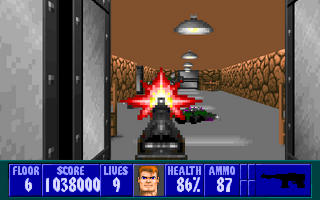