Operation: Scorpion is a mod for registered Wolfenstein, made by two-man team Sniper Studios. Tornado was responsible for culling the graphics and sounds and writing the story line, and contributed to the mapping as well. Waterdog made some maps too and did the beta testing.

It features a number of changed graphics and sounds, and most originate in either Operation: Panzerschiff or Totengraeber, which was pretty much the standard routine of most mods made in 2000 and 2001.

60 levels are featured, 58 of which are original and very small in size and sparsely decorated. Original Wolf's E5L7 has been retained, and E5L6 is a remake of Totengraeber, level 15. 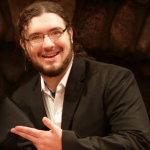