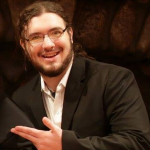 Hi everybody, I am Dunkelschwamm. You might know me for a bunch of crappy mods I made back when I was a tiny child, a bunch of remixed graphics I've thrown up online, or being an active member on WolfSource.

I'm also a very active contributor and admin to this Wiki. After a lifetime of watching creative content disappear due to harddrive failures, website caretakers' disappearances, and webhost migrations I take preservation of content very seriously.

A Very Special Message from OMJEdit

After detailing a controversy regarding OMJ's questionable crediting habits and subsequent attempts at suppression of discussion on the topic, OMJ attempted repeatedly to suppress the discussion here on the Wiki by removing information. This became an issue in and of itself and was subsequently also detailed as a controversy despite OMJ appearing to believe that his declaration that he is finished modding should mean any and all controversies surrounding him should never be discussed.

Following this, I received this edit to my page:

Helló mindenki. Dunkelschwamm vagyok. Hogy vannak a trükkök? Who wrote back things on a stopped modders,that he troll with him.

It's so adorable I don't have the heart to revert it, so here it shall remain.

Retrieved from "https://wl6.fandom.com/wiki/User:Wjhollyart?oldid=9572"
Community content is available under CC-BY-SA unless otherwise noted.